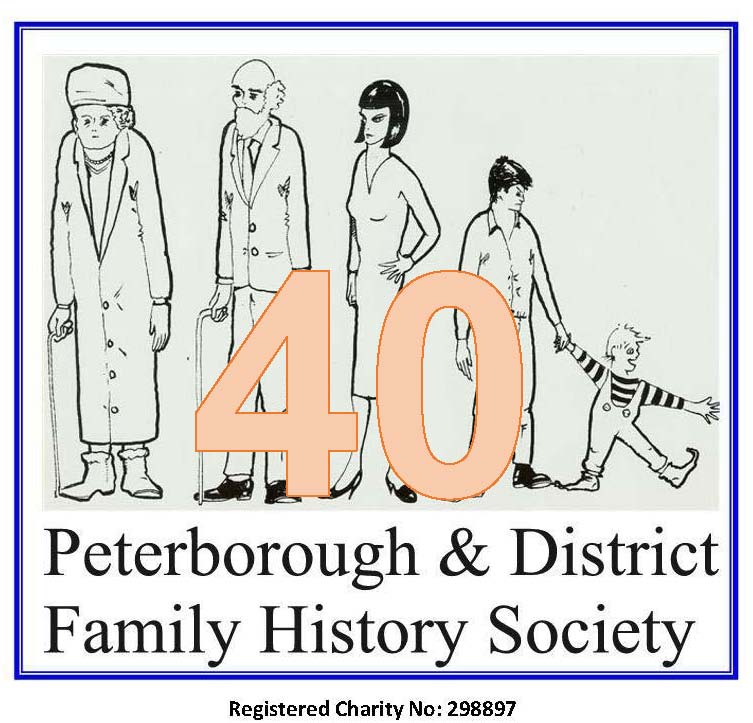 (a)              To promote and encourage the public study of family history, genealogy, heraldry and local history with particular reference to Greater Peterborough and the neighbouring districts.

(b)     To promote the preservation, security and accessibility of archival material, especially that relevant to Greater Peterborough and neighbouring districts.

In furtherance of the above objectives the Society shall have the following powers:

To hold lectures and discussions and organise relevant visits for the Society members and interested members of the general public.

To utilise both printed and electronic format for any combination of preserving transcribing, indexing and publishing original source materials including documents and monumental inscriptions.

To pursue collaborative actions with/make monetary donations to similar societies and established supportive bodies such as but not limited to churches, libraries, record offices and educational institutions in support of these and similar objectives.

To utilise regularly both printed and electronic format to communicate relevant information to both society members and interested members of the general public.

(a) Membership of the Society shall be open to all persons showing genuine interest in the support of the Society's objectives. Application for membership will be on the prescribed form.

(b) Unless determined otherwise by the Executive Committee of the Society, there shall be four classes of membership:

(c) Annual subscriptions shall be payable advance, and are due the first day of April in every year, and the rate of annual subscription for each class of membership shall be as determined from time to time by the Executive Committee and confirmed at the Annual General Meeting (AGM) or at an Extraordinary General Meeting called under section (7). There shall be no reduction in respect of members joining after the commencement of the Society's subscription year, but the subscriptions paid by persons joining after the first day of January in any year shall be considered as if paid the following April.

(d) Any member who is two months in arrears with his or her subscription shall be notified by the Honorary Treasurer. If the said member is still in arrears after three months he or she will automatically cease to be a member of the Society.

(e) If the conduct of a member shall be judged such as gravely to be prejudicial to the Society as a whole then a full meeting of the Committee may expel the member concerned. The member shall have the right to appeal against this decision at the Annual General Meeting or an Extraordinary General Meeting at which he or she will have the right to speak but not to vote. The motion for expulsion must be carried by a majority of the members present at the relevant meeting should there be an appeal, the Chairman of the meeting having a casting vote if necessary.

(f) Any member who wishes to withdraw from the Society shall give notice in writing to the Honorary Treasurer.

(a)      (i) The Society shall be administered by an Executive Committee consisting of not more than 15 members. The Honorary Officers of this Committee shall be the Chairman, Vice Chairman, Secretary and Treasurer.

(ii) When the offices of Chairman and Vice Chairman are vacant at the same time then the President and Vice Presidents shall fulfil the duties of these two roles.

(b)     The Committee shall meet at least four times in each year and shall determine the rules and procedures to govern its own meetings. A Quorum of the Committee shall consist of five of its members, with at least two Officers being present.

(c)      The Officers and Committee Members shall be elected annually by the membership and their terms of office shall commence with the declaration of the election result at the Annual General Meeting. The names of the proposed candidates must be submitted to the Secretary of the Committee so as to arrive not less than fourteen days before the Annual General Meeting. The Secretary of the Committee shall list the candidates proposed for election to the Committee. If there are more candidates than vacancies on the committee, the Chairman shall appoint two scrutineers to hold a ballot and shall announce the result at the end of the poll. If there are fewer candidates than vacancies, further nominations may be accepted at the meeting, at the discretion of the AGM Chairman.

(d)     Minutes of the proceedings of the Committee shall be taken by the Secretary and entered in a Minute Book held electronically. They shall be confirmed at the next relevant meeting and a printed copy signed by the Chairman of the meeting as being correct. This copy will be held by the Secretary.

(e)      All elected members of the Committee shall retire each year but shall be eligible for re-election. The Chairman shall not hold office for more than three years continuously. However, if at the end of the existing Chairman’s three-year term of office there is no nominations for a new Chairman then the Committee may nominate the existing Chairman for not more than two further periods of one year.

(f) If any elected member of the Committee shall be unable to complete his or her full term of office or if vacancies exist, the said Committee may co-opt any other eligible person to serve until the next Annual General Meeting.

(h)     The Committee shall lay down the form and manner in which candidates shall apply for membership of the Society.

(i)      The Committee shall be empowered to nominate honorary members of the Society.

(j)      The Society may, on the recommendation of the Committee, elect a President and up to three Vice-presidents. These will be ex-officio members of the Committee with full voting rights.

(k)     The Committee is indemnified by the Society from and against all claims, liabilities and demands and in respect of all acts done or purported to be done in good faith on behalf of the Society.

(a)      The Annual General Meeting shall be held within three months of the end of the financial year. Notice shall be given in writing of this meeting together with an outline agenda at least twenty-eight days prior to this event. The business of the AGM shall be to:

(1) Receive reports on the activities of the past year.

(2) Receive and approve the accounts of the Society.

(3) Elect the Officers and other members of the Committee of the Society.

(4) Transact any other business on the agenda.

A quorum at such a meeting shall consist of not less than twenty members. When necessary to hold a vote, the votes of the majority of the members of the Society present at the meeting shall decide the outcome, the Chairman of the meeting having a casting vote if necessary.

(b)     The Committee shall have the power to call an Extraordinary General Meeting and shall be bound to do so within twenty-eight days of receiving notice in writing specifying the business and signed by not less than twenty voting members. The business to be transacted must appear on the agenda and no other business may be discussed. A quorum at such a meeting shall consist of not less than twenty members When necessary to hold a vote, the votes of the majority of the members of the Society present at the meeting shall decide, the Chairman of the meeting having a casting vote if necessary.

Notice of such amendment must have been circulated to all paid- up members together with the notification of that meeting.

No alteration or amendment shall be made to the Constitution which would cause the Society to cease to be a charity at law.

(a)      The income and property of the Society, whence so ever derived, shall be applied solely towards the promotion and execution of the objectives of the Society as determined at Clause (3) above, and no portion thereof shall be paid or transferred directly or indirectly in any manner by way of profit to any member of the Committee or Society; providing that nothing herein shall prevent the payment in good faith of reasonable and proper repayment out-of-pocket expenses incurred on behalf of the Society.

(c)      Two members of the Committee shall sign all cheques and other documents governing the finances of the Society.

(d)     The Honorary Treasurer shall keep proper records of accounts with respect to all sums of money received and expended by the Society and the matters in respect of which such receipts and expenditure takes place. The format in which the records of accounts are kept (electronic, paper or a combination of both) shall be as agreed with the Honorary Independent Examiner. An interim statement shall be presented to each meeting of the Committee, showing the current state of the Society's finances.

(e)      The Society's financial year shall end on the 31st March. Once at least every year, the Society's accounts shall be reviewed by the Honorary Independent Examiner. The results of this review shall be circulated to the Committee at least seven days before the Annual General Meeting and presented to the members of the Society at that meeting.

(f)      The Honorary Independent Examiner shall be appointed annually at the Annual General Meeting.

(g)     Individual members of the Committee must declare any personal financial interest in any matter under discussion and shall not vote on the matter in question.

The Society may be dissolved by a resolution passed by not less than three quarters of those members present with voting rights at either an Annual or Extraordinary General Meeting called for the purpose and for which twenty-eight days prior notice has been given in writing. Such a resolution may give instructions for the disposal of any assets held by the Society after all debts and liabilities have been paid, the balance left to be transferred to some other charitable institution or institutions having objectives similar to those of the Society.

The Committee may appoint not less than three persons (and not more than six persons) to hold any property held by or in trust for the Society.